I am delighted to be reviewing this book, in advance of the release of the follow up, Fugitive 13, which will be published as an eBook on 7th March 2019, and on 27th June 2019 in paperback. 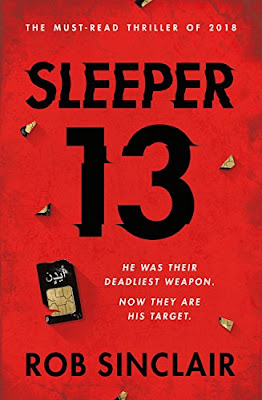 An action packed and utterly gripping, globetrotting thriller - for fans of I Am Pilgrim by Terry Hayes, Nomad by James Swallow, Mark Dawson's The Cleaner, and The Deceivers by Alex Berenson.

Smuggled to the Middle East as a child.

Trained as one of the most elite insurgents of his generation.

Forced to do things no one should, for a cause he couldn't believe in.

But as his brothers were preparing to kill, he was looking for a way out.

Now, on the eve of the deadliest coordinated attacks the world has ever seen, he finally has his chance.

He will break free and hunt down those who made him a monster.

He must draw on all his training to survive.

Sleeper 13 was published by Orion Books as  an eBook on 1st March 2018 and in paperback on 28th June 2018. You can purchase it from Waterstones or Amazon.

"Talatashar: the number thirteen in Arabic. By birth he was Aydin, but among his people, he was referred to only by number."

Sleeper 13 is a novel for our time. There is trouble in the Middle East, immigrants are are try to find their way from the Calais "Jungle" to Britain, and the terrorist threat is high across the UK and Europe

As a young boy, Aydin is taken from Britain to the Middle East, and left at a 'school', where there are a number of other young boys. It is run by a man that the boys know only as 'The Teacher'.

The sentence quoted above, which appears early in the text, shows what kind of people we're dealing with here. They are hard line fanatics with a hatred of the West. The boys are indoctrinated, and trained on how to fight anod how to kill. But Aydin doesn't believe with the fanaticism of his peers or The Teacher, and wants out.

Meanwhile, Rachel Cox of MI6's Special Intelligence Service is convinced of the existence of a terrorist cell known as 'The Thirteen' despite any real evidence. Now Rachel is a woman I could have a drink and a blether with. Confident, determined, principled, forthright, and certainly not afraid to stand up to her male superiors and fight her case. I do hope she gets some time off though!

We learn bits about Aydin as the story progresses - each piece of information teases us until we find out more. He has his own reasons for doing the things he does, but the result he's after is not that far removed from what Rachel wants.

This is an action packed thriller that grips you from the first to the last page. It travels across Europe and the Middle East and across time, with flashbacks to Aydin's younger days. Some of that action is quite bloody and on a few occasions really gruesome, but well worth it. And as I  hinted at earlier, it's a story which is sadly true to the world we live in. I really enjoyed it and very much look forward to Fugitive 13. 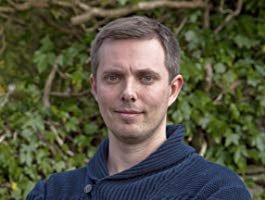 Rob is the author of the critically acclaimed and bestselling Enemy series and James Ryker series of espionage thrillers as well as the globetrotting thriller hit Sleeper 13. His books have sold over half a million copies to date with many reviewers and readers having likened Rob's work to authors at the very top of the genre, including Lee Child and Vince Flynn.
​
Rob began writing in 2009 following a promise to his wife, an avid reader, that he could pen a ‘can’t put down’ thriller. He worked for nearly 13 years for a global accounting firm after graduating from The University of Nottingham in 2002, specialising in forensic fraud investigations at both national and international levels. Rob now writes full time.

Originally from the North East of England, Rob has lived and worked in a number of fast paced cities, including New York, and is now settled in the West Midlands with his wife and young sons.

The Last One To See Her by Mark Tilbury

I am delighted to share my review of The Last One To See Her, the latest from Mark Tilbury, which is out on Thursday. You can see my reviews... 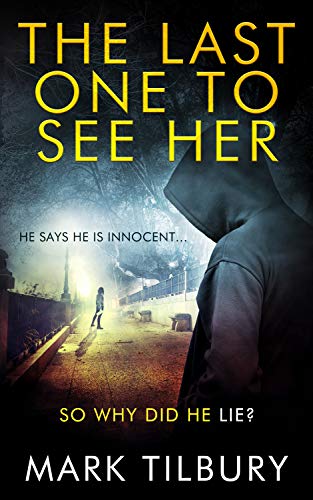