The Blood is Still by Douglas Skelton


I was delighted to receive a copy of The Blood is Still by Douglas Skelton, as I absolutely loved last year's Thunder Bay (you can read my review here), the first book featuring young journalist Rebecca Connolly. And I loved this book just as much. And you don't have to wait too long to get your hands on a copy - it's out on Thursday, just a few short days away, and you can pre-order it now (details are below). Huge thanks to the publisher for my review copy. 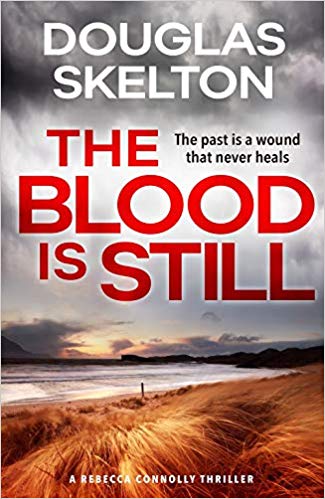 
When the body of a man in eighteenth-century Highland dress is discovered on the site of the Battle of Culloden, journalist Rebecca Connolly takes up the story for the Chronicle.

Meanwhile, a film being made about the '45 Rebellion has enraged the right-wing group Spirit of the Gael which is connected to a shadowy group called Black Dawn linked to death threats and fake anthrax deliveries to Downing Street and Holyrood. When a second body - this time in the Redcoat uniform of the government army - is found in Inverness, Rebecca finds herself drawn ever deeper into the mystery.

Are the murders connected to politics, a local gang war or something else entirely?

The Blood is Still is published by Polygon on 5th March 2020. It is available to pre-order at Amazon, Waterstones and Hive.co.uk, or visit your local bookshop.

This was one of my most anticipated reads for this year, so my expectations were high. And I knew by the end of first chapter that I was reading something special.

The Blood is Still is a follow up to Thunder Bay but can easily be read as a standalone. It is a completely new storyline, and whilst events that took place in Thunder Bay are referenced, the reader is always given enough information (but you should read Thunder Bay anyway because it's terrific).

A body is found on Culloden Battlefield, near Inverness, in full historical Highland dress. There is nothing on the body to identify him or his murderer. And no clue as to why. DCI Val Roach has her work cut out. Journalist Rebecca Connolly is keen to get ahead of the story before her competitors do but is being hampered by changes afoot at The Chronicle. And she is also distracted by another story - a community's outrage when they hear that a paedophile is due to be housed in their neighbourhood. Spirit of the Gael, or Spoiraid, a right-wing political group led by charismatic Finbar Dalgleish, seems to be linked to both stories. 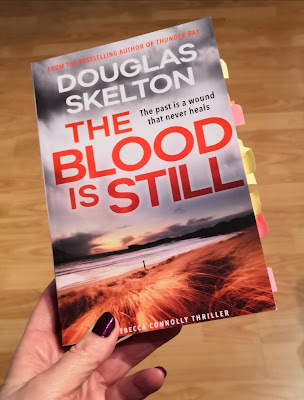 This is an intelligent, gripping story with great attention to detail which builds steadily throughout. There are so many exquisitely drawn characters. Mo Burke, matriarch of the criminal Burke clan, who is leading the community campaign. Living in Inverness but with Glasgow through her veins, she is fierce, proud and loyal. John Donahue, ex cop and head of security for the film set -  arrogant, aggressive and not used to being told what to do. There are too many to mention but they all have the little details to flesh them out, to make them human, relatable. For me, Nolan Burke and Rebecca's former boss Elspeth, both colourful characters, are standouts.

This is a tale steeped in history but right bang in the present. Skelton switches effortlessly between describing the eerie silence and stillness of Culloden Battlefield, the heated conversations in Mo Burke's kitchen and the scuffles at a community protest. The writing is reflective in places, almost lyrical in others. A couple of beautiful examples:

'... a red shirt, a scream of colour in a room that was a conversation in browns and dust.'

'... there was the sun ... bursting through in a brilliant flash, striping the sky with colours and bathing the serrated surface of the water in a golden spotlight.'

There is also a lovely observation about a butterfly hair clip. And of course, there are other darker examples but, you know, spoilers.

It's shot through with dark humour, and some lighter moments, often provided by Chaz's partner Alan. There's a wee sneaky mention of one of the author's previous books and I thought I maybe recognised the traits and characteristics of one or two other crime writers. It's educational too - not only did I learn about Scottish history, I also learned about getting horsed and going sadfishing.

The crimes at the centre of the book are brutal and shocking. The reasons behind them equally shocking, and deeply sad. Hints are given to the reader little by little through distressing flashbacks. The denouement is tense, terrifying and, in its final moments, poignant. I had an unexpected lump in my throat.

In the coming days and weeks other reviewers will find better words to describe this book. But for me, it shows how versatile a writer Skelton is and that he is just going from strength to strength. It's a triumph. I absolutely loved it and everyone should read it! 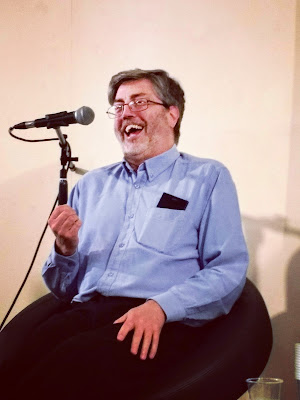 His first thriller Blood City was published in 2013.

The gritty thriller was the first in a quartet set on the tough streets of Glasgow from 1980 onwards. It was followed by Crow Bait, Devil's Knock and finally Open Wounds, which was longlisted for the first McIlvanney Prize for Scottish Crime Book of the Year in 2016.

His two Dominic Queste thrillers, The Dead Don't Boogie and Tag - You're Dead lightened the tone but didn't skimp on thrills.

He followed this with his New York-set chase thriller The Janus Run in 2018.

Thunder Bay, a dark and atmospheric tale of secrets, lies and murder on a Scottish island, was published to great acclaim by Polygon in 2019. and was longlisted for the McIlvanney Prize for 2019. The second in the series The Blood is Still is the second in the Rebecca Connolly series.

Douglas is often recruited by documentary makers to contribute to true crime shows on TV and radio and is a regular on the crime writing festival circuit.

He also takes part in comedy shows with other crime writers. To date he has written three Carry on Sleuthing plays in which he also appears along with Caro Ramsay, Michael J. Malone, Theresa Talbot, Pat Young and Lucy Cameron, with occasional guests Alex Gray, Lin Anderson and Neil Broadfoot.

He is one quarter of Four Blokes in search of a Plot, along with Gordon Brown, Mark Leggatt and Neil Broadfoot. This is a fun show in which they invite the audience to give them a murder weapon and a protagonist. They then take it in turns to create a crime story (usually developing into something wild and wacky) while also answering audience queries about the craft.

His one man event, You the Jury, invites audiences to deliver verdicts on real life but heavily disguised cases from around the world. In 2019 the format was extended into a court drama, thanks to the Faculty of Advocates in Scotland, and in Stirling Sheriff Court played to three sell-out houses during the Bloody Scotland festival. There are plans to take the production further in 2020. 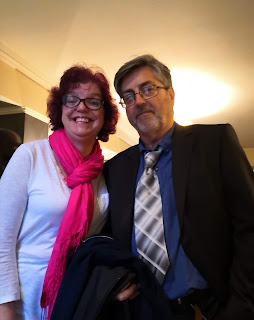 Rage and Retribution (A DI Sterling Thriller) by Lorraine Mace

I'm delighted to be taking part in the blog tour for another Paolo Sterling thriller from Lorraine Mace having loved the previous one I... 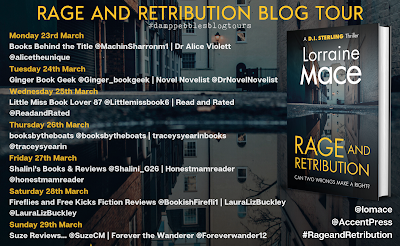