Earlier in the year, I was asked to be a reader for the Bloody Scotland McIlvanney Prize, and was lucky enough to get to read a varied selection of books. Shadow Man was one of them. 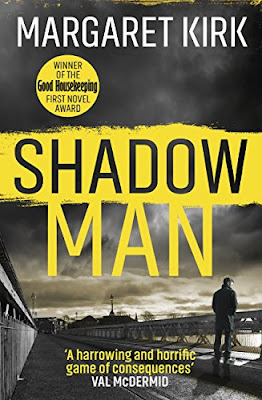 A gripping Scottish crime thriller from the winner of the Good Housekeeping Novel Writing competition 2016.

Just before her wedding day, Morven Murray, queen of daytime TV, is found murdered. All eyes are on her sister Anna, who was heard arguing with her hours before she was killed.

On the other side of Inverness, police informant Kevin Ramsay is killed in a gangland-style execution. But what exactly did he know?

As ex-Met Detective Inspector Lukas Mahler digs deeper into both cases, he discovers that Morven's life was closer to the Inverness underworld than anyone imagined. Caught in a deadly game of cat and mouse, is Lukas hunting one killer, or two?

Shadow Man was published by Orion on 2nd November 2017. You can purchase it from Amazon, Waterstones and other good bookshops.

The story pretty much opens with the murder of Morven Murray who was just about to get married, and the story follows the subsequent investigation. Occasionally amongst the chapters are shorter italicised passages, written from the point of view of the murderer, giving us glimpse into his or her mind. I really liked that.

I found Mahler to be an interesting chap. He seems slightly aloof, distant from his colleagues and sometimes a bit abrupt and insensitive when questioning witnesses. I liked him though, but he doesn't seen that popular with his team, and he clearly has history with Karen.

The characters that crop up in the investigations are all clearly drawn and I particularly felt for Anna Murray. I loved that The story is set in an around Inverness, as it's an area of Scotland I know and love, and the scenery and surroundings are always well described. There was always enough going on to keep me interested, and the tension built up well towards the end. I had an idea who the culprit might be, but only right near the end.

Shadow Man is written in the present tense throughout, which is not something I am used to, and it took me a while to settle into it. But I thoroughly enjoyed it and will be looking out for further work by this author. 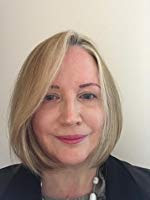 Margaret Morton Kirk is a writer living and working in the Scottish Highlands. Runrig fan, chocoholic and mad cat lady, she writes crime fiction with a twist and was runner-up in the 2015 ‘Bloody Scotland’ Crime Writing Festival short story competition.

Her Last Breath by Alison Belsham

I loved the Tattoo Thief, the previous book in this series, so was super excited to read this Her Last Breath. And it didn't disappoint.... 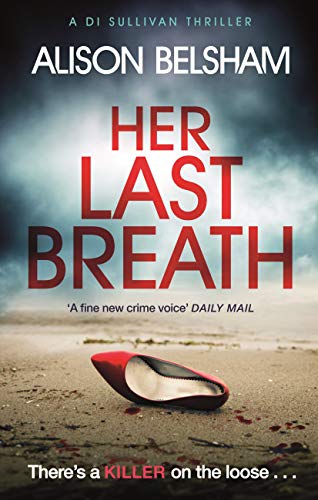