The Ringmaster by Vanda Symon

Following on from yesterday's post (see my review of Overkill here), I'm delighted to share my review of The Ringmaster by Vanda Symon, the second book in the Sam Shephard series. Huge thanks to Anne Cater for inviting me on to the blog tour, and to Karen Sullivan at Orenda Books for my review copy. 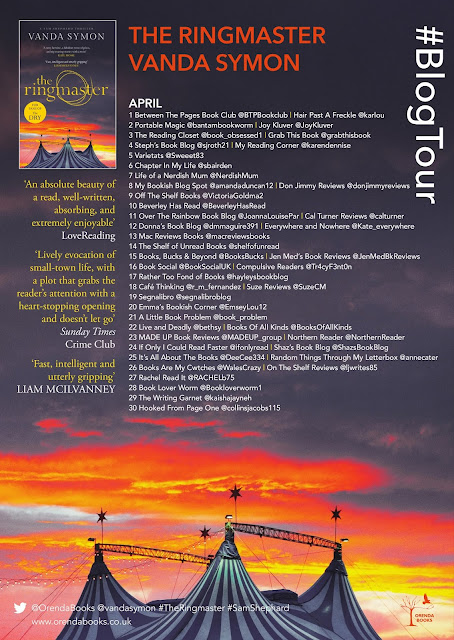 Death is stalking the South Island of New Zealand…
Marginalised by previous antics, Sam Shephard, is on the bottom rung of detective training in Dunedin, and her boss makes sure she knows it. She gets involved in her first homicide investigation, when a university student is murdered in the Botanic Gardens, and Sam soon discovers this is not an isolated incident. There is a chilling prospect of a predator loose in Dunedin, and a very strong possibility that the deaths are linked to a visiting circus…

Determined to find out who’s running the show, and to prove herself, Sam throws herself into an investigation that can have only one ending…

Rich with atmosphere, humour and a dark, shocking plot, The Ringmaster marks the return of passionate, headstrong police officer, Sam Shephard, in the next instalment of Vanda Symon’s bestselling series. 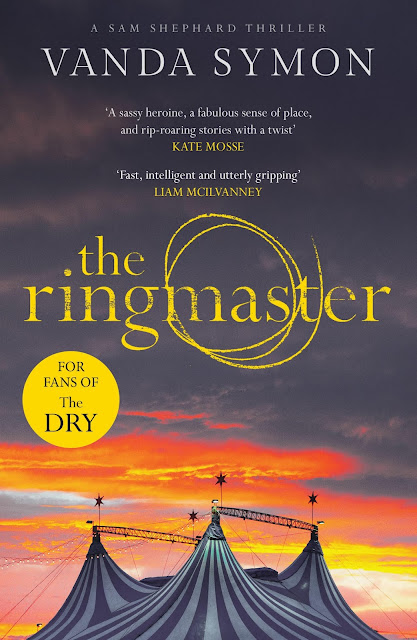 The Ringmaster was published by Orenda Books on 18th February 2019 and you can buy it from Waterstones and Amazon.

I read The Ringmaster straight after the first book in the series, Overkill (review here), and enjoyed the continuation. However, this also works perfectly well as a standalone, and everything you need to know from the back story is covered.

Following the events of the first book, Sam has left Mataura and moved to Dunedin, where she is training to be a detective. Unfortunately, her boss is someone she crossed paths and swords with in the first book, and he seems to have it in for her. On the plus side, Sam is still living with Maggie, but now in Maggie's aunt and uncle's house, enjoying home comforts and delicious meals.

Following the murder of a young woman, Sam is given the menial task of looking at previous unsolved murders across the country. Through this, she discovers various cases took place just when the circus was in town. The same circus that has just rolled into Dunedin...

The thing I love about Sam is how real and relatable she is. She's emotional, angry when she needs to be, passionate about getting to the truth, and very determined. Her personality just shines from the pages. As with Overkill, it was her emotional moments that touched me most - a real character study that you don't always see in crime novels. The scenes with Cassie, the circus elephant, made me cry, and I can still visualise the scene now, days later. It's as if I was watching it on the newsreel with those in the story.  Similarly, some of the scenes with the circus owner, a man Sam initially dislikes, are very touching.

I was glad to see Maggie is still there, cheering Sam on, together with her aunt and uncle, who have adopted Sam into the family. Her colleague Smithy is a great character, a straight up solid guy, who supports Sam whenever he can. And Paul Frost, a former colleague from Mataura, turns out to be more of a support than Sam expected. All these support characters, and others not mentioned here, are all well drawn, fleshed out individuals, who inhabit the story, give it colour and help to make it believable.

I found the pace of this one to be quicker than in Overkill, which was more brooding. Here, alongside the on going murder investigation, there are various shenanigans going on at the circus, which help to keep the action moving along. There are a few false turns in the investigation, and the shocking conclusion was a complete surprise to me. And I always like that.

A hugely enjoyable crime thriller, with a fabulous main character, and  a story that's shocking, yes, but also full of emotion and heart. I can't wait to see what Sam gets up to next! 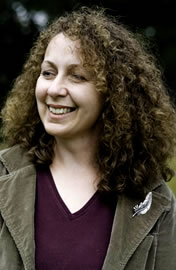 Vanda Symon is a crime writer, TV presenter and radio host from Dunedin, New Zealand, and the chair of the Otago Southland branch of the New Zealand Society of Authors. The Sam Shephard series has climbed to number one on the New Zealand bestseller list, and also been shortlisted for the Ngaio Marsh Award for best crime novel. She currently lives in Dunedin, with her husband and two sons.
at April 18, 2019