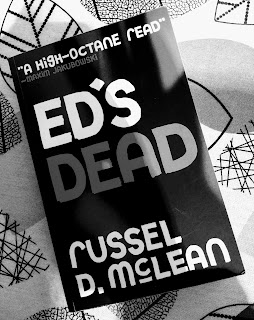 Meet Jen. She works in a bookshop and likes the odd glass of Prosecco... oh, and she's about to be branded The Most Dangerous Woman in Scotland.

Jen Carter is a failed writer with a rubbish boyfriend, Ed. That is, until she accidentally kills him one night. Now that Ed's dead, she has to decide what to do with his body, his drugs and a big pile of cash. And, more pressingly, how to escape the hitman who's been sent to recover Ed's stash. Soon Jen's on the run from criminals, corrupt police officers and the prying eyes of the media. Who can she trust? And how can she convince them that the trail of corpses left in her wake are just accidental deaths?

A modern noir that proves, once and for all, the female of the species really is more deadly than the male.

Ed's Dead is published by Contraband (Sarabrand), and was released on 1st March 2017. You can buy it from Waterstones, Amazon UK and US, and other good bookshops.

I have been lucky enough to read this a couple of times, and it's a firm favourite of mine. It's full on, full of action and tension, but it all begins with an accident.

Ed's a complete dead loss, and like Jen, I'd be really fed up with him. Other than that, Jen has a normal, actually quite boring, life. I loved her  - she's very down to earth and practical. Normal. Relatable. She's also a bookseller, which I would love to be, so there's a win right there. But then there's this accident, a catastrophic one, and the decision she makes immediately afterwards changes her life forever.

From that moment on, the action doesn't stop. And the tension builds, as chaos and violence surround Jen wherever she goes. Some of the violent scenes are quite graphic and gruesome, but there is a strong vein of black humour running throughout. One of my favourite scenes is Dave and Jen 's trip to Loch Lomond - it's pretty gory, but made me laugh out loud (wait though, that might just be me)! You'll just need to read the book to find out what I 'm talking about!

But alongside this, there are some real moments of poignancy and sadness. And whilst some of what happens to Jen is extreme, it's not too hard to imagine how making one wrong decision can cause things to snowball, and send everything spinning out of control.

This book is also a masterclass in characterisation. Every single person who features is brilliantly drawn - I could see them in my mind. And the same goes for the scenery - so descriptive, a real sense of place. I could absolutely imagine this on the big screen.

I loved everything about this book, I'm just sorry it's taken me so long to review it. It's the first of Russel's books I've read, and I know, having heard him speak about it, that it's very different in tone from his earlier work. But this has made me want to read more of his stuff, so the previous books are now on my wishlist. 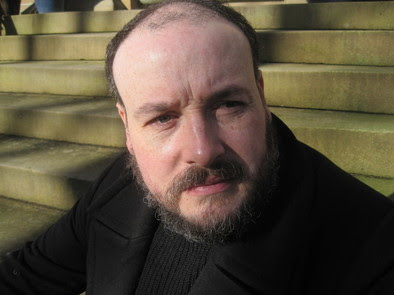 Russel D McLean was born in Fife, and moved to Dundee where he studied philosophy at the University of Dundee. His speciality was philosophy of mind, but after he discovered the difficulty of funding a PhD he fell into the disreputable company of the booktrade.

Russel's path to publication started at sixteen when he submitted his first full length novel to Virgin Publishing New Doctor Who Adventures. The novel was summarily rejected and he spent the next fourteen years perfecting his style before finally switching genres and writing dark crime fiction. His first paid credit was in Alfred Hitchcock's Mystery Magazine in 2004 and his first novel, THE GOOD SON, was released in 2008.

He has since been published in the US, translated into Italian, French and German, and was nominated for best first PI novel by the Private Eye Writers of America.

He spent over a decade as a bookseller in Dundee and Glasgow, writing at night. These days he writes full time from his office in a Gothic Monstrosity somewhere in Glasgow, supplementing his fiction work with editorial work for a variety of clients, a lot of events chairing, and just about anything that pays the bills. For two years (2014-16) he wrote a monthly crime fiction column for the Scottish Herald. And yes, he really did once share a flat with a cursed mask.

You can find out more by visiting Russel's website, or by following him on social media.

The Home by Sarah Stovell

Today is my stop on the blog tour for The Home, the brand new book from Sarah Stovell. My thanks to Anne Cater at Random Things Tours for i... 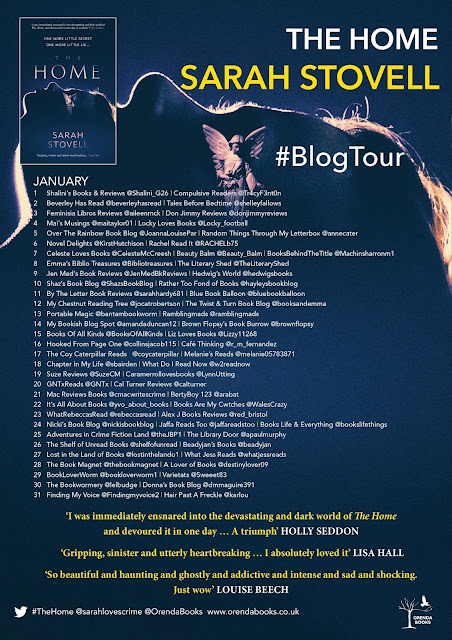